We just wanted to make some films.

As an independent production company in Sydney, Australia,
we spent over 17 years searching for screenplays to produce.
In that time, we received over 25,000 submissions from all
around the world, but found that 99% of them were unusable.
(And the ones we wanted were already optioned elsewhere
by the time we found them!)

We didn't have the money to pay for great screenwriters.
And we didn't have the gall to ask writers to work for free.
All we had was a vision — to build an independent film
studio to produce 3-6 films per year. From the ground up. 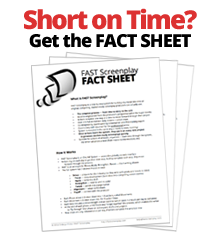 That's when we realized what was missing from the screenwriting world — the producer's perspective.There was no clear path to the end point — to screenplays producers could actually use. There were plenty of books, blogs and classes leading you into the abyss (formulas, techniques, and "advice" to get it on the page)... but no one was guiding you from the other side of the table through the complete process — showing you what they themselves actually need in the real world. Plenty of great ideas; no practical step-by-step system that ties it all together.

So we built one. We spent 10 years developing it, and 7 years (and over a quarter of a million dollars) bringing it to life. Crazy, right? Well, when you're driven by a passionate vision, you'll let nothing stand in your way. (Hint, hint.) 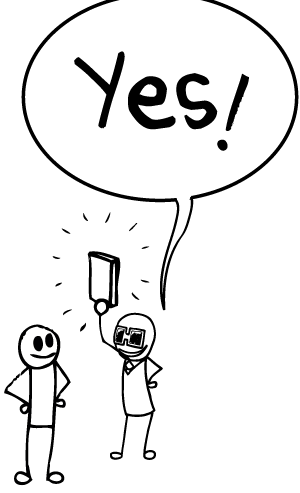 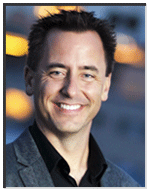 He is the author of Writing FAST: How to Write Anything with Lightning Speed, co-author of Apple's iLife 08 Training Series, and producer/director of the ATOM Award-winning DVD Making Fantastic Short Films. Jeff began as an actor at age 12 in his native Los Angeles (credits include Don't Tell Mom the Babysitter's Dead and TV's Columbo) before working nearly every job in production, from camera to sound to lighting — and including jobs in development, post-production and distribution. He has worked on feature films, TV series, commercials, music videos, radio, and corporate productions for companies such as Universal, Castle Rock, Propaganda Films, DNA and the Oxygen Network. After migrating to New Zealand, where he directed television for TV3 and co-founded the Big Mountain Short Film Festival, he moved to Australia, where he launched Embryo Films and Screenplay.com.au. Through his company, Jeff has reviewed over 20,000 project submissions, and has edited, assessed and/or mentored over 350 projects. He has script doctored in Singapore, Australia, NZ and the US; and has conducted over 80 live weekend workshops to over 1200 writers in 9 cities in 5 countries, with a unanimous "recommend" approval rating. His students have been optioned, produced and won (and placed) in competitions worldwide. He designed FAST Screenplay in 2004, and began officially building it in November 2009. It was finally completed in July 2016, nearly 7 years later. Alongside it, he created the FASTscreenplay YouTube Channel, which now includes over 30 detailed and insightful free videos to encourage writers and screenwriters around the world. In May 2015, he delivered his first TED Talk, "Expand Your Imagination... Exponentially" at TEDxDocklands in Melbourne, Australia, to prepare for the next phase of the larger plan. Jeff's aim is build an independent film studio that inspires creativity worldwide, to help prepare humanity for the dramatic changes our future holds. When he's not busy helping writers with FAST Screenplay, he is working on a new book, developing a television series, and planning two feature film projects.

Rie has a Doctor of Creative Arts in screenwriting, and an Honours Masters degree in Education. She has taught in high schools, College and University and in 2003, won the IF Award for "Best Unproduced Screenplay in Australia" for Heloise. She also wrote the DVD script and teaching package for Embryo Films' ATOM Award-winning Making Fantastic Short Films. Since 2008 she has worked full time as a screenwriter, with commissions which have included writing an historical mini-series, adapting an award-winning young-adult novel for the screen, adapting an Australian best-seller for a TV pilot and series, and scripting a documentary series on Ancient Greece. She is also a freelance script editor, with regular assignments from several production companies.

After their success on Making Fantastic Short Films ("Best Instructional/ Training Resource" ATOM Award, and nominated for 2 additional awards), Jeff brought Rie on board FAST Screenplay to edit content and design the steps' exercises, to ensure sound educational principles that cover all learning styles, and to make sure it covered absolutely everything writers need to know and master.